What is Hemp CBD? 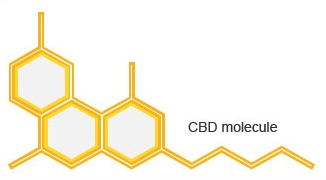 So what are cannabinoids anyway? Scientists have identified close to 500 phytochemicals in Hemp plants. Many of them, hundreds in fact, are Terpenoids. These are the compounds that give fruits, flowers and herbs many of their desirable aromas, flavours and other special properties.

A special sub-class of Terpenoids are the Cannabinoids. There are over 60 of them found in Hemp / Cannabis Sativa which is the only place they are found.

This is one of the many reasons Hemp stands alone in the plant kingdom. It literally is a treasure chest of nutrition without equal.

Cannabinoids are the Most-Studied Therapeutic Compounds on the Planet

Hundreds of abstracts published on the results of cannabis research can’t be wrong. The links to 567 of them posted on GreenMedInfo.com, give viewers the opportunity to click their way to research that demonstrates the wide range of healing attributes and therapeutic properties of Cannabis sativa.
Read Full Article >

What is Cannabinoid Synergy?

The Cannabinoids each have their own individual properties which is creating plenty of excitement in the scientific community. Besides the Terpenoids and Cannabinoids there are many other vitamins, minerals, phytosterols, pigments, proteins, enzymes, essential sugars, polyphenol antioxidants, flavonoids and essential fatty acids. The oil appears black but it is really a blend of intense colors.

It is important to know that while isolated Cannabinoids have their own characteristic properties, the different compounds have synergistic effects when the whole symphony of phytonutrients are consumed together. Synergy means that the combined effect is greater than the sum of the individual parts. Another way of thinking of this is 1+1. You know 1+1=2. When Hemp phytonutrients are consumed together, as they naturally occur in the plant, then it is as if 1+1 now equals 3 or 4 more!

What are Synthetic Cannabinoids?

The unique health properties of Hemp have been known to modern science for over 50 years, so naturally, attempts were made to produce synthetic versions of isolated Cannabinoid molecules in an attempt to create pharmaceutical drugs.

Unsurprisingly, as with all synthetic chemicals, the desired properties are often reduced significantly while undesirable side-effects can abound as is confirmed in the United States Government Patent #6,630,507 "Cannabinoids as Antioxidants & Neuroprotectants."


“Cannabinoids as antioxidants and neuroprotectants” US Government Patent# 6,630,507